Cubic Inch deals with professional 3D printing and 3D scanning for companies. Their main customer groups are businesses from the industrial and manufacturing sectors. The distinguishing feature of Cubic Inch is the very fast execution of orders compared to other additive printing techniques – they are able to produce up to 3,518 pieces of 3D prints in 24 hours. They’ve cooperated with, among others, Fiat Chrysler Automobiles, Avon, Agrecol, Danone, Colgate, and Unilogo.

Maciej and Filip, the founders of Cubic Inch, started working with Casbeg in mid-2018. They wanted to overcome the chaos in the company that resulted from the growth and, at the same time, made it difficult to further acquire new customers and increase revenues.

As the cooperation developed, it turned out that there were more problems in the company that we needed to deal with in order to keep it on the revenue growth trajectory.

While most of the competitors in the additive printing industry were acquiring customers at industry meetings and events, Cubic Inch opted for outbound sales. In 2020, increasing sales turned out to be a challenge – the number of factories that need components printed in 3D technology is limited. This meant that at some point, the pool of potential new customers was exhausted.

Revenues from orders sent via the configurator (the form in which the file for 3D printing is uploaded and the order parameters are set) were not included in the CRM. This was because they were practically ready-made orders that didn’t need to get an offer, so they didn’t go through sales. As a result, CRM didn’t constitute a single source of valuable information about the company’s sales situation, didn’t contain the complete history of orders, and didn’t reflect the company’s revenues. All this influenced the pace of order completion as well.

Marketing activities at Cubic Inch required ordering, regularity and planning. Until 2019, no inbound marketing activities were undertaken. The company had little marketing materials, such as articles or videos (which are particularly important in presenting the quality of 3D printing), and the service subpages on the website contained little content. This had a negative impact on the positioning of the company’s website in Google search results. In addition, the website required content and graphic updates to increase the conversion rate from website traffic to sales leads. The amount of traffic obtained by the website was also low due to the lack of extensive paid campaigns.

We collaborated on the challenges in all of the above areas simultaneously. What did we do to control the chaos and launch Cubic Inch’s accelerated development?

CRM went first – it was implemented in 2016, but nobody really used it. We helped all the users develop the habit of updating it on an ongoing basis, because human memory is unreliable after some time. Thanks to this:

We identified stages of the sales process – it turned out that the meeting is the most important. When it took place, the probability of signing a contract increased significantly. Later, arranging a meeting became one of the sales targets. A sales conversation script was also created.

The next stage was the introduction of the lead qualification process, where, in addition to key questions, customer segmentation was introduced: whether the customer wants to order a prototype or spare parts for their machines (and avoid costly downtime on the production line).

To increase sales, we have the choice of using 3 main sales growth levers:

At Cubic Inch, we worked with all the components of the formula – we increased the number of leads by introducing new sources of lead generation: running outbound and inbound campaigns, and increasing the number of referrals from satisfied customers, as well as participating in conferences in the industrial and manufacturing sectors. During conferences and other events, we supported Cubic Inch with knowledge in the field of event organization – from choosing a stand, through promotional materials, all the way to the right snacks.

2019 was devoted to acquiring new customers through various channels; the most effective out of those was outbound. When the pool of potential customers decreased drastically in 2020, the priority was not new customers, but the development of sales among previously acquired and existing customers.

This meant giving high priority to activities such as:

The upsell activities were implemented thanks to:

Increases in production at Cubic Inch and increased customer demand contributed to the purchase of a second additive printer worth PLN 1.5 million.

One of the first marketing activities we undertook together was creating a new website. This included support in the preparation of site mockups and contents. The content was analyzed by us, and the feedback itself was implemented, thanks to which we took care of such aspects as SEO and UX even before launching the website. After the launch, we prepared guidelines for the configuration of analytics and we systematically worked on increasing the conversion rate of the website.

Together with the Cubic Inch team, we launched many channels of generating leads using outbound marketing, including cold calling, LinkedIn campaigns and cold mailing.

On behalf of Cubic Inch, we’ve launched and coordinated cooperation with two agencies: SEO and Google Ads, making sure that all activities are in line with the best practices, and that reporting and budgeting are carried out according to the plan.

Over time, content started to appear regularly on the website. It was prepared on the basis of a developed strategy, taking into account the plan of topics, outlines, and case studies.

To go with the punch, interns responsible for outbound activities and sending inspiratonal newsletters were also hired. During the development of content marketing activities, they were joined by the designers, which allowed them to write technical articles and case studies.

During the cooperation, an initiative of personalized gifts for regular customers was created. We also launched a referral process so that the entire Cubic Inch team would actively solicit them. This made it possible to attract new customers and increase the sales volume.

Thanks to the after-sales process, we know the exact needs of customers for the printing of elements, and design service has also emerged. This means that when the customer doesn’t have a (graphic) designer, Cubic Inch is able to prepare the design of the part for 3D printing, regardless of whether it is a prototype or a spare part.

All Cubic Inch departments have organized and written processes – from marketing, through sales, customer service, to production. Thanks to this: 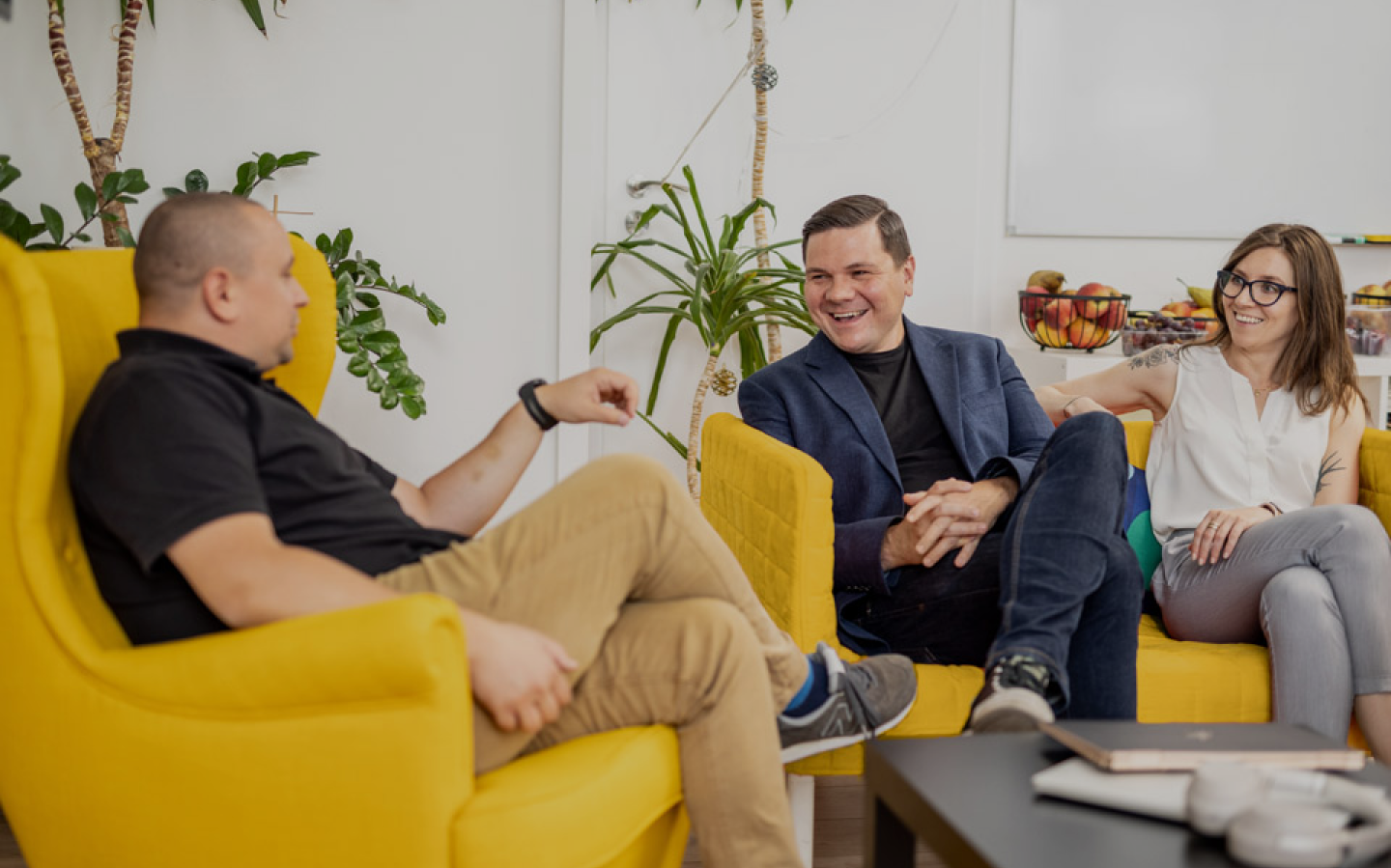