When is the right time to hire a salesperson? Check out what 11 CEOs have to say

Some of our clients haven’t employed a sales representatives for a long time, and the only person in the company that would actually sell was the CEO. Sooner or later, in the course of working with Casbeg, the topic of recruiting a new salesman (often the first one in the company’s history) comes up. It’s natural. In B2B, every entrepreneur that values growth finally reaches this point.

A lot of customers ask us: is this the right time to hire a sales rep? Maybe I should wait a bit more?

We’ve asked 11 CEOs of B2B companies about the employment of their first salesman, at which point in their company’s existence it has happened and whether, in retrospect, they consider it to have been too early, too late or just right.

See for yourself what their answers were!

Both in Clearcode and Piwik PRO I was the only salesman for far too long. As a software house, we often sell very complex services for the marketing and advertising industry. As an analytical platform, we compete with solutions provided by Google or Adobe. Our sales process was based mainly on my know-how of the market and the ability to choose the right solutions for the problems that customers brought to us.

It had its advantages, because having had direct contact with clients and product departments I could manage development directions more efficiently, but in the long run, in fast-growing organisations, you can’t do everything yourself. I had to quickly learn how to transfer knowledge and delegate responsibilities.

In retrospect, I know that both sales and marketing departments could have started out much earlier. If I could turn back time, I’d love to do it right on the first day. I had the comfort of knowing that both companies had big, promising customers long before I started thinking about hiring salespeople, but I know that not every company has such a luxurious start.

I hired the first salesman 2 months after the commercial launch of the product. It was the end of 2011.

The timing was just right. As a founder, I’ve had several thousand conversations with clients (including hundreds of real-live meetings). In our portfolio there were dozens of them, so the communication of key product values has been practiced thoroughly. To put it frankly, we already understood why customers buy and what to say and show them to make them buy. The next step was of course optimisation with simultaneous scaling up.

Due to the fact that I started the company as a freelancer, I was the first salesman. Then two different people took it over for a year — neither of them was a typical salesman because of our sales model. We are based 100% on inquiries that are the result of our content marketing and generating other touch points with Social Tigers brand. I’ve decided to build a sales department per se just now and the first person with classic sales competencies joined us on June 1st.

In my opinion, timing is perfect. We had our troubles related to the stability of the company and only now, after nine months of unwavering, stable growth and clarification of the team’s core, we are ready to increase sales volume and professionalise this area of ​​the company to the level that we have in e.g. in marketing or client service.

We have employed good salespeople from the very beginning — for the roles of consultants. 18 months in, we still don’t have a salesman who deals with sales full-time, although 2 people in the team divide their time between sales responsibilities and consulting projects.

I decided to hand over commercial activities to them only after selling the first 100 projects myself in order to understand our clients well and be able to efficiently manage sales later, based on the accumulated knowledge. In retrospect, I’d do it a dozen or so weeks before, because the last 30 sales didn’t teach me as much as the first 70.

The first real salesperson has only been hired now. Before that, we’ve added a few people to the team who partially supported me in sales.

Right in time? I think so, because the scale of the company needs additional people already, I can’t do it on my own anymore. We could have made this decision earlier, that’s a fact. We’ve actually made a few attempts, but they turned out to be mistakes — two years ago we hired a man who was supposed to work in sales and marketing, but after a year we went our separate ways with a rather short success list.

Half a year after the beta version premiere and the start of sales, we opened the office (we had been operating fully remotely for several months) and began recruitment, right when we’ve acquired an investor. There were two people on equivalent positions at the same time, including Hubert Tworkowski. For Hubert, it was the first sales experience. Neither we nor he were sure of this move, but we took a chance and hit the jackpot. Hubert’s been working with us for 6 years, then he’s moved from sales and customer service to product management and became one of the most important people in the history of the company.

It was a good moment, because by then we’ve already had a decent product, a dozen regular and satisfied customers and some initial knowledge about the market we operated in. At the beginning, the person primarily involved in sales and service was me and thanks to that I could understand what it was all about. Looking back today, however, I would have added at least one salesperson to the team earlier, because time is the only resource that you can’t get back. By the way, this applies to many other decisions made at the very beginning of the company — if I could go back in time, I would’ve acted faster and taken more risks.

When did I hire the first sales rep? On day 1, that is when I’ve decided to grow this business. I actually mean myself, because I had to learn to sell this product first, so that I could later show others how to do it. In a situation where the product starts without any financial support, the CEO must become a salesman no. 1.

I hired salesman no. 2 a month before a key change, i.e. the introduction of fees and monetisation of the Just Join IT portal — before the product even began to support itself (for the first year it remained completely free due to the nature of job boards and solutions like marketplace that require you to deliver successes in order to effectively monetise the business).

He was a good friend of mine who understood the situation of our startup. I wasn’t able to offer him a market rate salary at that time. About a year and a half has passed since then. He’s now an important part of the entire project and makes a couple times more money.

I hired the first — and so far the only — salesman on the day the company was founded.

I think the time was just right. With a large number of potential B2B customers it would have been very difficult to do everything by yourself. Taking care of administration, products, logistics and still successfully acquiring a large number of new customers — impossible without having at least one sales representative.

I hired the first sales rep encouraged by my more experienced partner. After another year, we’ve realised that this was not a salesman, but a person whose responsibilities include sales. In fact it was only after a few years that we got a true salesman. Salesman whose goal was to sell, not generate leads or take care of customer service. It’s funny that even today we sometimes call people who spend only few hours a week on sales salesmen.

It was definitely too late, after about 2 years of running the company. Actually it was right after the first year that I knew what and how to sell, what to say to the clients, how to dispel their doubts and how to price the service. In practice, I could have arranged a full sales process, but I didn’t. The moment when a company can have a reasonable sales process is a good time for a salesman to appear. I consider it a mistake to hire a salesman without taking care of the sales process first — unless he has managerial competences and can develop such processes by himself. But I wouldn’t bet on such luck.

*This story concerns a marketing agency Artefakt co-founded by Marcin.

The first salesman came to Fresh Office after 4 months of the company’s operations. Analysing this now in retrospect, I have ambivalent feelings. Why? On the one hand, I think it was too soon because the sales process was completely unstructured. We had no data on the following: how long the sales cycle is, what benefits appeal to customers the most and what channels we should use to acquire leads most effectively, etc.

On the other hand, thanks to the fact that this salesman (with extensive experience, which is really important) appeared so quickly, we were able to work out the above mentioned issues much faster than we would have if I, as the CEO, were to sell on my own. 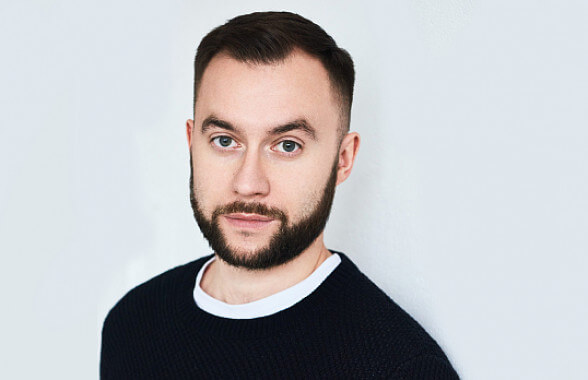 In my experience, the company’s first salesman should actually be the founder. Founders or product owners tend to be overly excited about their own product, and it’s best to validate it by trying to sell it. And I mean not only the feedback from potential customers (which is cool!), but the actual closure of several deals.

If it works out, it’s a good idea to search for the „perfect candidate”, and the search itself can start even a few months earlier. However, it is clear to me that the decision if and when to hire should result from P&L. You need to define customer acquisition goals, your budgets for it, write down the business needs at a given stage and list the requirements for the candidate on this basis, then prepare the best possible recruitment process. In my opinion, if we’ve ticked off all these boxes, it is worth taking a risk. In the end it’s always a big bet and best guess.

Speaking about my current company Wedding.pl, I think it was a very good time to hire a salesman. We went through all the mentioned steps, the product was ready for sales tests, and because the product is actually a process, I’m not in favour of waiting for the perfect one and counting that it will sell itself. Since that first sales rep to this day the team has only been growing and in 2.5 years grew to 20 people total, with a steady increase in revenues.

Check out the article: „When should you hire a salesperson and how to reward him?” to find out what Bartosz Majewski thinks about the salesperson’s hiring criteria, as well as:

Digital Marketer & Marketing Advisor. He advises clients what to do for marketing to start generating leads and marketing teams to be as effective as possible. He helps his clients within areas such as: marketing strategy, performance and content marketing or team building. After hours huge fan of snowboarding, hitchhiking and a collector of speedway scarves from Wroclaw's “Sparta”.